The Birmingham Police Department reports that a suspect has been arrested in connection with a homicide investigation. The homicide occurred on Friday, December 27, 2019 at approximately 1:00 a.m.

Dewayne Rodrigues Johnson, B/M, 39, of Birmingham, Alabama. A Capital Murder warrant was obtained against the suspect.

Officers from the South Precinct responded to a call of a person shot at 832 24th Street South. Upon arrival officers located the victim inside the kitchen area of the apartment unresponsive and suffering from a gunshot wound. Birmingham Fire and Rescue arrived with the Jefferson County Coroner and pronounced the victim deceased on the scene.

Officers learned that the victim responded to a knock at the back door of the apartment shortly before he was shot.

The suspect will be placed in the Jefferson county Jail. A mugshot is attached. 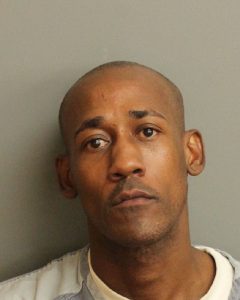