The Birmingham Police Department reports detectives have obtained warrants for arrests in connection to the murder of Cortez Ware. Ware was shot and killed on Wednesday, January 4, 2023, at 301 Center Street North, at Elyton Meat Market.

Kendricks was apprehended a couple of blocks away from the scene of the homicide thanks to information from community members and The Real Time Crime Center. Birmingham Police Detectives gathered information and presented to the Jefferson County District Attorney’s Office. After an assessment of the information, detectives obtained a warrant for Murder with a bond of $1,500,000. Kendricks will be transported to Jefferson County Jail.

Both the victim and suspect were employees of Elyton Meat Market. 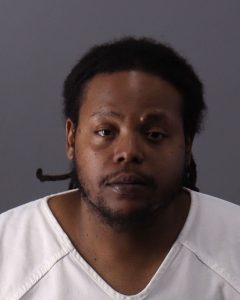 The Birmingham Police Department is conducting a homicide investigation. The incident occurred on Wednesday, January 4, 2023.

At 2:02 PM, officers were dispatched to the 301 Center Street North, on a call of a person shot. Upon arrival officers observed the victim lying in front of Elyton Meat Market suffering from multiple gunshot wounds. Birmingham Fire and Rescue Service responded to the scene and pronounced the victim deceased.

With information from community members and assistance from the Real Time Crime Center the suspect was located a couple of blocks away from the scene and taken into custody. The suspect was placed on an investigative hold and taken to Birmingham City Jail.