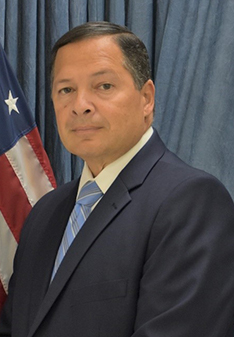 Chief Jail Administrator Francois Gardere Jr. comes to the Birmingham Police Department after retiring from the Los Angeles Police Department (LAPD) in 2020 as a Police Administrator II. Gardere served the City of Los Angeles for 30 years. He was appointed to the LAPD Jail Division in 1990 as a station officer. He remained at the Jail Division for 10 years, and promoted to Senior and Principal Detention Officer before leaving the Department in 2000 to pursue an administrative career.

In 2015, he promoted to the position of Commanding Officer of Personnel Group, which included the Personnel Division, Recruitment and Employment Division, Awards and Commendations, and Military Liaison.

Chief Gardere is eager to utilize his experience and knowledge in the fields of human resources and jail operations to improve the infrastructure, environment, procedures, morale and staffing of the Birmingham Custody Services Division.

Chief Gardere and his wife of more than 32 years have three adult sons living in California. His wife also served the City of Los Angeles for 31 years before retiring in 2019.