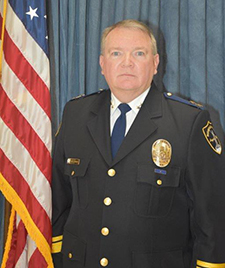 Deputy Chief Ron Sellers is the Chief of the Patrol Bureau. He began his career with the Birmingham Police Department in 1994 and has served the community members of Birmingham for over twenty-six years. During his career, D.C. Sellers worked stints in all three bureaus (Patrol, Investigations, and Administration) and advanced through the ranks. He served as a field training officer, detective, on several federal task forces, and as the Commanding Officer of the Project Ice Unit, Vice-Narcotics Unit, and South Precinct Patrol Division. He also worked closely with the Birmingham Municipal Court in the development of alternative courts and served as the liaison to the Municipal Gun and Drug Court. His previous assignment was the Assistant Patrol Bureau Commander.

Deputy Chief Sellers is committed to servant leadership, demonstrating accountability, and providing exceptional service to the community members of the City of Birmingham.