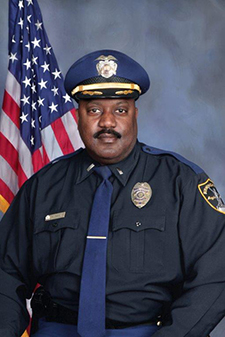 Lieutenant Damarcus Miller has served as the Commander of the BPD Inspections Unit since April 2016. The Inspections Unit consists of the following units: Integrity Control, Distribution, Fleet Management, Weapons Management and Building Management.

Lieutenant Miller is a native of Birmingham, Alabama. He has over 24 years of law enforcement experience. He started his career in 1994 as a patrol officer at the West Precinct. After serving as a School Resource Officer and Burglary Detective, he was promoted to Sergeant in 2008 and served in that capacity at the South Precinct. He was transferred to the Tactical Unit in 2011 and supervised the Hostage Negotiators, Mounted Patrol and Drug Interdiction units. He was promoted to his current rank in 2013 and commanded the 911 Communications Center until being moved to his current assignment.

Lieutenant Miller attends Church of the Highlands and is married with one daughter and two sons.