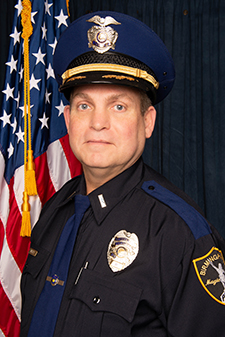 In 2019, Lieutenant Nicosia was promoted to the rank of Lieutenant and was assigned to Crimes Against Property Detective Bureau.  Currently, Lieutenant Nicosia serves as the East Morning Shift Commander.  Lieutenant Nicosia, in his spare time, rides Harley’s with his wife Shay and does a number of charity rides with the Harley Owners’ Group (HOG) from the Pelham, Heart of Dixie Harley Davidson dealership.