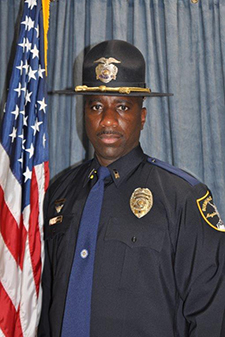 Born in Birmingham, Alabama, Torry Mack graduated from West End High School in 1987. He joined the United States Army in 1988. While serving on active duty, he was assigned to the 82nd Airborne Division. He became a Jump Master and obtained the rank of Sergeant. After ending his active duty career, he joined the United States Army Reserves (USAR). While in the USAR, he served as a Basic and Advanced Noncommissioned Officer Course Instructor. He obtained the rank of Master Sergeant and became the Course Manager, overseeing an eight state training region.

Torry Mack later started a dual career by joining the Birmingham Police Department in 1995. After serving 21 years in the military, he retired to focus on his family and law enforcement career. He graduated from the Police Academy and was assigned to South Precinct. He eventually became a member of the South Task Force and performed undercover details. He later transferred to the Tactical Unit in 1999 and served on the Warrant Detail, as a Motor Scout, and on the Entry Team. In 2011, he transferred to the Police Academy as a Training Instructor and taught course materials and facilitated the recruits’ transition to the Field Operations Bureau.

In 2018, he earned his way to the rank of Lieutenant and currently serve as the Director of Recruiting, Personnel Hiring and Training. His duties include, but not limited to, ensuring effective operations of the Hiring Team and Academy, and regulatory compliance as required by Federal, State, and local laws; select, hire, train and evaluate assigned personnel; provide leadership and direction to subordinate personnel; development, implementation and coordination of In-service and outside training programs; prepare reports and documentation to communicate to superiors and other agencies, conduct needs and instructional program analysis; and serve as a liaison between the Birmingham Police Department, other City departments and outside governmental agencies.

Lieutenant Mack enjoys spending time with his family, riding his Harley Davidson Street Glide motorcycle, and travelling. He considers himself a transformational leader. First, he serves his team. His actions motivate and inspire them to serve others in their respective roles. Lieutenant Mack relentlessly encourages his team to reach their maximum potential, which facilitates the highest quality of services to the citizens of Birmingham and the Department.