The Birmingham Police Department reports detectives has made an arrest in connection to the homicide of Sanquez Anton Giddens.

The suspect has been identified as
Derick Lamont King, (40), B/M, of Birmingham, Alabama

The preliminary investigation suggest the motive in this homicide is narcotics related. 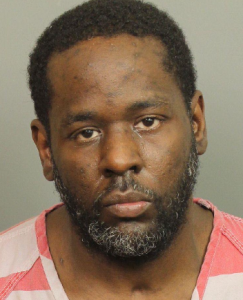 The Birmingham Police Department reports detectives are conducting a homicide investigation. The incident occurred on Thursday, May 21, 2020.

The victim has been identified as Sanquez Anton Giddens, (38), B/M, of Birmingham, Alabama.

At approximately 12:45 a.m., officers from the East Precinct responded to a call of a male shot at 8533 3rd Ave North. Officers arrived and discovered the victim lying on the ground with an apparent gunshot wound. Birmingham Fire and Rescued responded to the scene and the victim was transported to UAB Hospital. BPD Communications Division was later notified by UAB Hospital staff that the victim succumbed to his injuries.

There is one person in custody in connection to this homicide. Detectives have not established a clear motive in this investigation. Additional details will be released as they come available.