The Birmingham Police Department reports an arrest has been made in connection to the homicide of Patrick Wayne Watson Jr.

The suspect has been identified as
Vonta Antawyn Harris, (35), B/M, of Birmingham, Alabama.

The Birmingham Police Department reports detectives are conducting a homicide investigation. The incident occurred on Monday May 25, 2020.

The victim’s has been identified as
Patrick Watson Jr, (39), B/M, of Birmingham, Alabama.

At approximately 3:00 a.m., Officers from the West Precinct responded to the 2300 block of Tempest Drive on a call of a person shot. Officers arrived and discovered a male in the living room area of the apartment on the floor unresponsive. The male suffered from multiple gunshot wounds. Birmingham Fire and Rescue responded to the scene and provided medical aid, however the victim succumb to his injuries and was pronounced deceased on scene. Officers also discovered another male outside the apartment lying in the grass suffering from a gunshot wound. The subject was transported to UAB Hospital with life threatening injuries.

The preliminary investigation suggest both males were at the same apartment when a verbal altercation ensued. The altercation escalated resulting in both men wounding the other. This is an ongoing investigation. 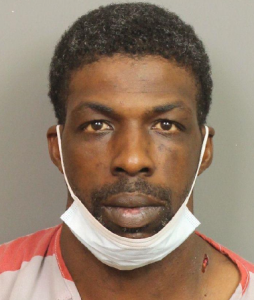