Surveillance photos of the suspect are attached. 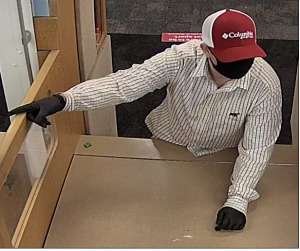 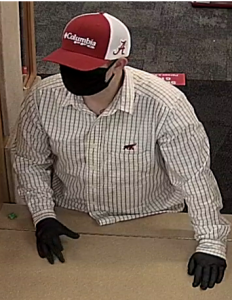 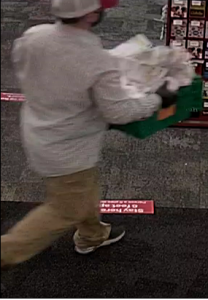