The Birmingham Police Department reports an arrest has been made in connection to the homicide of Malik Tyrese Sutton. Sutton was murdered on Friday October 29, 2021. 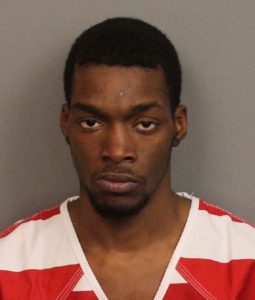 Detectives obtained a warrant for Capital Murder for the arrest of Eren Johnson. Johnson was arrested and will remain in the custody of the Jefferson County Jail with no bond.

Media-Release 12- Arrest Made in Homicide of Malik Tyree Sutton

The Birmingham Police Department reports the Jefferson County Coroner’s Office has identified the victim of a homicide that occurred on Friday, October 29, 2021.

The preliminary investigation suggests officers responded to a ShotSpotter alert when they found the victim lying in a driveway unresponsive suffering from a gunshot wound. Details are limited at this point in the investigation.

The Birmingham Police Department is conducting a homicide investigation. The incident occurred on Friday, October 29, 2021.

At approximately 10:20 p.m., West Precinct officers were dispatched to the 4200 block of Avenue L on report of a ShotSpotter alert indicating multiple rounds were fired.

Officers were patrolling an alleyway when they observed a male lying unresponsive in a driveway suffering from an apparent gunshot wound. Birmingham Fire and Rescue personnel arrived on the scene and pronounced the victim deceased.