The Birmingham Police Department reports an arrest has been made in the homicide of Ryan Clayton Brown.

The suspect has been identified as
Christopher Deantwon Davis, (26), B/M, of Birmingham, Alabama.

On May 22, 2020, Detectives presented the case to the Jefferson County District Attorney’s Office for review. After the assessment of the facts, a Murder warrant was obtained for Christopher Davis. Davis remained at large and was taken into custody on June 10, 2020 for the outstanding murder warrant. The defendant is in the custody of the Jefferson County Jail with a $250,000 bond.

The Birmingham Police Department reports detectives are conducting a homicide investigation in connections to a previously reported missing person investigation. The victim was discovered on Sunday, May 17, 2020.

At approximately 2:45 p.m. the remains of a reported missing person was found in the 2800 block of 29th Street SW. Detectives gathered leads which lead to the remains of the victim. The victim was found on the side of the road unresponsive. Jefferson County Coroner responded and pronounced the victim deceased.

The victim has been identified as Ryan Clayton Brown (25), B/M, of Birmingham, Alabama.

This is an ongoing investigation. Additional information will be provided as it comes available.

This is Birmingham’s 39th homicide investigation of 2020 and 5 justifiable death investigations. The Birmingham Police Department adheres to FBI Uniform Crime Reporting guidelines set for all law enforcement agencies across the United States. FBI Uniform Crime Reporting guidelines do not require law enforcement agencies to include justifiable death investigations into the total homicide investigations counts.
*The information is based on a preliminary and ongoing investigation, which continues to evolve as investigators interview witnesses, review physical and electronic records, and analyze forensic evidence. The Department’s understanding of the facts and circumstances may change as additional evidence is collected and analyzed** 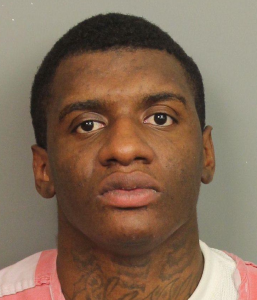