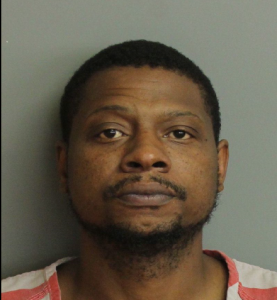 The Birmingham Police Department reports detectives have obtained an arrest warrant in connection to the homicide of Larry Pettway.

The suspect has been identified as: Brandon Parker, (36), B/M, of Birmingham, Alabama.

Detectives presented the information gathered on the case to the Jefferson County District Attorney’s Office for review. After the assessment of the information, BPD Detectives obtained a Murder warrant for Brandon Parker. The defendant is currently is the custody of the Sevier County Jail in Tennessee on unrelated charges. Upon release Parker will be transported and held in the custody of the Jefferson County Jail. Brandon Parker will be held on $50,000 bond.

The victim’s has been identified as Larry Pettway., (70), B/M, of Birmingham, Alabama.

At approximately 7:15 p.m., Officers from the West Precinct responded to 17TH Street and
Jefferson Avenue SW on a call of a person shot. Officers arrived and discovered the victim lying on the sidewalk suffering from a gunshot wound. The victim was transported to UAB hospital where he was pronounced deceased.

The preliminary investigation suggest the shots were fired from a nearby area and the victim was caught in the crossfire. There are no suspect(s) in custody. Additional information will be released as it comes available.