The Birmingham Police Department reports an arrest has been made in connection to the murder of Dexter Speights.

The suspect has been identified as: Marquele Dion Brownlee, (25) B/M, of Birmingham, Alabama. 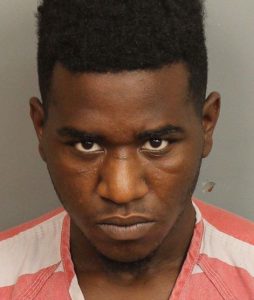 The victim has been identified as Dexter Speights, (31), B/M, of Birmingham, Alabama.

At approximately 9:00 p.m., officers from East Precinct responded to a call of a person shot at 715 Spring Landing. Officers arrived to discover the victim, Dexter Speights lying on his back suffering from multiple gunshot wounds. The victim was transported to UAB Hospital by Birmingham Fire and Rescue were he succumb to his injuries.

During the preliminary investigation, there were reports of an argument prior to shots being fired. The unknown suspect fled the scene after the shooting. There are no suspects in custody. Updates will be provided as details come available.