Detectives are seeking the public’s assistance in solving the cold case murder of Richard Roberts. Roberts was murdered on March 28, 2018.
At approximately 8:40 p.m., Officers responded to 1858 Francis Ave where Richard Roberts was found wounded by gunfire during a drive by shooting. The victim was outside working on his car when shots were fired from a burgundy Buick. Roberts attempted to flee when gunfire erupted, however he was wounded and collapsed. Roberts succumb to his injuries in route to the hospital.

If anyone has information pertaining to this case, please contact the Birmingham Police Department’s Homicide Division at 205-254-1764 or Crime Stoppers at 205- 254-7777. 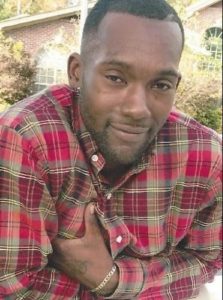