The Birmingham Police Department has made an arrest in the homicide of Richard Spence. Spence was murdered on Friday, January 14, 2022. 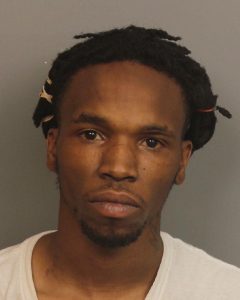 The victim has been identified as Richard Spence, (56), b/m of Birmingham, Alabama.

At approximately 3:26 a.m., officers from the West Precinct responded to t call of a person shot at 816 7th Street Southwest. Upon arrival officers were advised the victim was transported to Princeton Hospital in a private vehicle. Officers responded to Princeton Hospital where they learned Richard Spence was pronounced deceased by hospital staff.

The preliminary investigation indicates the victim was involved in an argument with the suspect prior to being shot multiple times. The incident took place at a private residence with several people present. A person of interest is being questioned by investigators. No formal charges have been filed in this case. Updates will be provided as this case develops.

Anonymous tips can also be submitted to Crime Stoppers through the Birmingham Police Department’s Mobile App.

This is Birmingham’s 9th murder investigation of 2022.