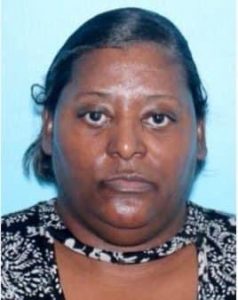 Melodie Johnson was last seen on Friday, September 4, 2020 at her home in the 3300 block of Avenue Q. Ms. Johnson left home driving a white Toyota Corolla. Ms. Johnson suffers from a medical condition that may causes her to become delusional. Ms. Johnson’s family indicated she is in dire need of her medication.

If there is anyone who has information pertaining to the whereabouts of Melodie Johnson, please contact the Birmingham Police Department at 205-297-84313 or 911. If you have additional information on this investigation, contact Crime Stoppers