Arrest Made in the Homicide Investigation of Courtney Mays

The Birmingham Police Department reports detectives have obtained a warrant for an arrest in connection to the murder of  Courtney Mays. Courtney Mays was shot and killed on Thursday, May 5, 2022, while in the 1600 Block of 25th Avenue North.

On Tuesday, September 13, 2022, Birmingham Police Detectives presented information on the case to the Jefferson County District Attorney’s Office. After an assessment of the information, detectives obtained a warrant for Murder.

Roderick Needham Jr is currently in the custody of the Jefferson County Jail with a $1,250,000 Bond under the following charges: Murder, Attempted Murder, and Discharging a Firearm into an Occupied Vehicle. 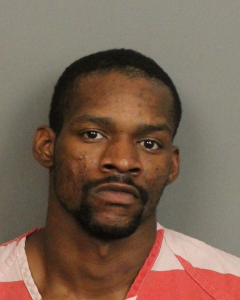 The Birmingham Police Department is conducting a homicide investigation. The incident occurred on Thursday, May 5, 2022.

The victim has been identified as:
Courtney Mays, (41), B/M, of Birmingham, Alabama.

Currently, there is no one custody.