The Birmingham Police Department reports an arrest has been made in a shooting investigation. The incident occurred on Saturday, August 28, 2021 at 2709 7th Ave South. 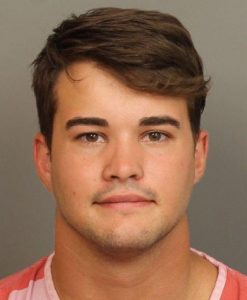 At approximately 1:30 a.m., officers from the South Precinct responded to the location on a call of an assault with a firearm. Officers arrived and located the victim on the sidewalk suffering from a gunshot wound with community members administering assistance. Birmingham Fire and Rescue responded to the scene and transported the victim to UAB Hospital with non-life-threatening injuries.

The preliminary investigation indicates the victim was an acquaintance with the suspect. An altercation occurred amongst the two prior to Tamberelli shooting the victim. At the time of the shooting the area was well populated. There were no other injuries related to this incident.  The suspect then fled the scene in a vehicle. Birmingham Police Department utilized additional resources to conduct a search for the suspect prompted from leads gathered by information provided by community members. Tamberelli was apprehended at the Super 8 Hotel located at 140 Vulcan Road Homewood, Alabama.