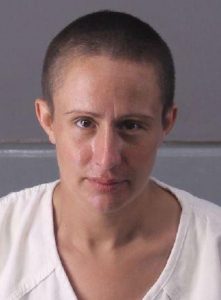 Just before 10:00 a.m. an officer from West Precinct observed a vehicle blocking the roadway at Jefferson Avenue and Hickory Street. The officer stopped to investigate and discovered an altercation amongst an elderly male and a female inside a vehicle. The officer detained the female suspect, Leah Nicole Letson and secured her in the back of the patrol car in handcuffs. While speaking to a witness, Letson manipulated her handcuffs from behind her back to the front and gained control of the patrol vehicle.

Letson fled the scene in the patrol car and drove through various parts of the City of Birmingham before accessing Interstate-459 South at Grants Mill Road. Spike strips were deployed at Interstate-459 and Acton Rd. The patrol car came to a rest at Interstate-459 South just before exit 6. Letson was taken into custody without further incident or injury. Alabama State Troopers, Hoover Police Department and Star One Air Support assisted with the apprehension of the suspect. Further investigation indicates Leah Letson robbed the elderly male prior to the officer making contact with both parties.

Leah Nicole Letson has been charged with Auto Theft 1st Degree and Robbery 1st Degree. Letson will be transferred to the Jefferson County Jail where she will be held with no bond.