The Birmingham Police Department reports that detectives have arrested and charged a second suspect in connection with a homicide investigation. The victim was discovered on Monday, August 5, 2019 at approximately 7:30 a.m.

The victim has been identified as:
Brandon Rasario, B/M, 21, of Birmingham, Alabama.

Officers from the East Precinct responded to the 9900 block of Turner Avenue to investigate a report of a person lying in the roadway. Officers arrived and located the victim lying in the street unresponsive and suffering from an apparent gunshot wound. Birmingham Fire and Rescue arrived along with the Jefferson County Coroner and pronounced the victim deceased on the scene.

On August 5, 2019, officers located the suspect and victim’s vehicle in the 500 block of 24th Street North. Officers were able to take the suspect into custody without incident.

The first suspect has been identified as:
Jasmine Roberson, B/F, 20, of Birmingham, Alabama. A Murder warrant with a $100,000.00 bond has been obtained against the suspect.

The second suspect has been identified as:
Travec Brandon Ard, B/M, 22, of Fairfield, Alabama. A Capital Murder warrant has been obtained against the suspect. The suspect is in the custody of the Jefferson County Jail.

Mugshots of both suspects are attached.
### 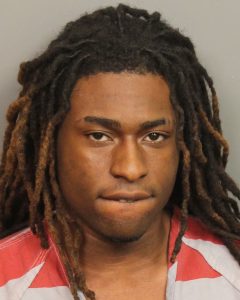 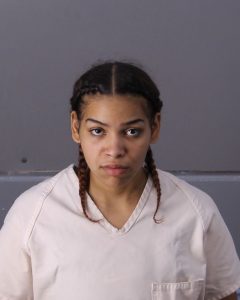