The Birmingham Police Department reports that detectives have obtained a warrant in connection with a homicide investigation. The incident occurred on Tuesday, August 20, 2019 at approximately 9:30 p.m.

The deceased has been identified as:
Johnny Wayne Mann, W/M, 44, of Montevallo, Alabama.

Officers from the South Precinct responded to the 900 block of 24th Street South to investigate a report of a person shot. Upon arrival, officers observed the deceased person lying on the ground unresponsive in the rear of an apartment complex. The victim appeared to have suffered an apparent gunshot wound. Birmingham Fire and Rescue arrived along with the Jefferson County Coroner and pronounced the victim deceased on the scene.

The suspect has been identified as:
Cordarius Williams, B/M, 28, of Birmingham, Alabama. A Murder warrant was obtained against the suspect. The suspect remains in the custody of the Jefferson County Jail. 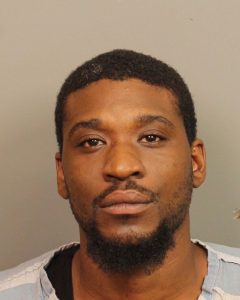