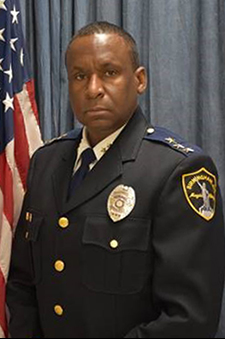 Assistant Chief Davenport has dedicated his life to the field of law enforcement. He began at the age of 12 with the Wilshire Area Deputy Auxiliary Police Program and went on to an exceptional career with the Los Angeles Police Department where he achieved the rank of Police Captain. Over the course of a 33-year law enforcement career, his notable accolades include the Command Leadership Award, Purple Heart, Medal of Valor, Crime Fighter Award and many more.

The Birmingham Police Department would like to thank Assistant Chief Darnell Davenport for his service to the City of Birmingham and wish him the best on his future endeavors.