The Birmingham Police Department reports that detectives have charged a suspect in connection with a homicide investigation. The incident occurred on Saturday, August 31, 2019 at approximately 3:50 p.m.

The deceased has been identified as:
Hassan Mallette, B/M, 41, of Birmingham, Alabama.

The suspect has been identified as:
Cheryl Watts, B/F, 39, of Birmingham, Alabama. A Murder warrant has been obtained against the suspect. The suspect will be transferred to the Jefferson County Jail.

Officers from the West Precinct responded to 5720 Court O. to investigate a report of a person shot. Upon arrival, officers observed a male subject suffering from an apparent gunshot wound. The victim was transported to UAB Hospital by Birmingham Fire and Rescue for treatment. Upon arrival at the hospital, the victim was pronounced deceased by hospital staff.

The incident has been classified as a domestic dispute between the husband and wife.

A mugshot of the suspect is attached 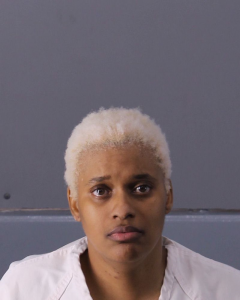