The Birmingham Police Department reports that detectives have made arrests and obtained warrants in connection with a homicide investigation. The incident occurred on Friday January 31, 2020, at approximately 1:55 a.m.

Officers from the South Precinct responded to a call of a person shot in the 900 block of 24th Street South. Upon arrival officers discovered the victim unresponsive suffering from a gunshot wound. Birmingham Fire and Rescue reported to the scene and pronounced the victim deceased. Investigators learned that an additional person was transported from the scene to UAB Highlands by personal vehicle with life threatening injuries. Officers received information that a physical altercation occurred prior to the shooting.

On Friday, January 31, 2020, Members of the Birmingham Police Department’s Crime Reduction Team (CRT) located the suspect’s vehicle near 900 Penthouse Drive. As members of the CRT approached the vehicle, the suspects attempted to flee the area in the vehicle. After abandoning the vehicle in the parking lot, one suspect fled into a wooded area near the apartment complex and was apprehended with the assistance of Star One air support and BPD K-9.

Jehudijah Davis, B/M, 23 of Birmingham, Alabama. A Capital Murder warrant has been obtained against the suspect.

Investigators later located a second suspect in the 900 block of 48th Street, Ensley. The suspect was taken into custody without incident.

Both suspects are in the custody of the Jefferson County Jail. The second victim is expected to recover from the injury. 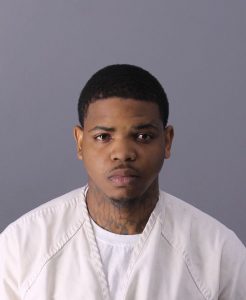