The Birmingham Police Department reports that a suspect is in custody in connection with a robbery investigation.

At approximately 9:09 a.m. on Friday September 6, 2019, the suspect entered the Wells Fargo Bank located at 316 18th Street South. Upon making contact with the bank clerk, the suspect presented a note demanding money. The suspect also verbally threatened to shoot the clerk during the robbery. The suspect took an undisclosed amount of cash and fled the scene. There were no injuries in this robbery. Investigators relayed suspect information throughout the Birmingham area as well as surrounding police agencies.

While conducting the investigation, BPD investigators received information that the suspect was taken into custody by Bessemer Police at 736 Academy Drive.

The suspect has been identified as:
James Crenshaw, B/M, 48, of Birmingham, Alabama. A Robbery 1st Degree warrant has been obtained against the suspect. The suspect is in the custody of the Jefferson County Jail. 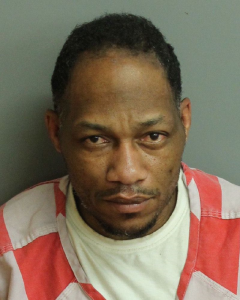