The Birmingham Police Department reports that detectives have arrested a suspect in connection with a homicide investigation. The incident occurred on Thursday, August 29, 2019 at approximately 9:30 p.m.

The deceased has been identified as:
Lewis Zicarelli, W/M, 78, of Birmingham, Alabama.

Officers from the East Precinct responded to 8645 9th Court Circle South to investigate a report of a person shot. Upon arrival, officers observed a person lying in the front room of the residence unresponsive. The victim appeared to have suffered an apparent gunshot wound. Birmingham Fire and Rescue arrived along with the Jefferson County Coroner and pronounced the victim deceased on the scene.

The suspect was taken into custody for the burglary of the residence and the death of the victim. The suspect was also wanted for the theft of the victim’s vehicle. The vehicle was pursued on Wednesday, September 11, 2019 by Vestavia Police Department.

The suspect is in the custody of the Jefferson County Jail 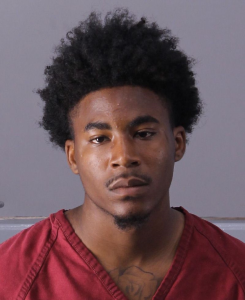