The Birmingham Police Department reports detectives are conducting a homicide investigation involving the death of a 3-month-old child. The incident occurred on Saturday, November 6, 2021.

The victim has been identified as Treymon Jenkins, (3 months), b/m, of Birmingham, Alabama.

At approximately 9:56 a.m., officers from the East Precinct responded to a residence located at 4507 8th Terrance North. Upon arrival officers observed a baby, Treymon Jenkins lying in a baby bed unresponsive and not breathing. Birmingham Fire and Rescue responded to the scene and transported Jenkins to Children’s Hospital of Alabama where he was pronounced deceased. On Sunday, November 7, 2021, the Jefferson County Coroner determined the cause of death was homicide.

The mother of the victim, Jasmine Hutcherson, (24), b/f, of Birmingham, Alabama has been identified as the suspect. 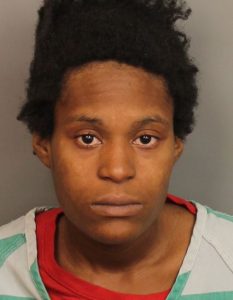 There is no additional information available for release.