Officer Involved Shooting Investigation
The Birmingham Police Department reports that an officer involved shooting investigation is underway. The incident occurred on Thursday, October 17, 2019.
At approximately 3:00 p.m. a South Precinct officer responded to a theft call at Kings Food Mart located at 4301 Richard Arrington Jr. Boulevard. Upon arrival, the officer encountered the suspect. As a backup officer arrived to assist, it was discovered that the suspect had an outstanding felony probation violation warrant for his arrest. The original charge was larceny. As the backup officer arrived and officers attempted to take the suspect into custody, the suspect resisted and attempted to flee. A physical struggle ensued and officers attempted to tase the suspect but were unsuccessful. During the struggle the suspect gained control of a taser and began to assault both officers by biting and tasing. One officer discharged his weapon during the struggle but did not strike the suspect. The suspect managed to flee the scene but was later taken into custody by additional responding officers. Birmingham Fire and Rescue reported to the scene and transported one officer to UAB Hospital for treatment. The second officer also sustained a non-life threatening injury. Both officers were treated and released. The suspect’s injury is reported to be non-life threatening. The suspect was treated and released to the custody of BPD.
The suspect has been identified as: Demetrious Williams, B/M, 32 of Birmingham, Alabama. Two counts of Assault 2nd Degree have been obtained against the suspect. Warrants for Robbery 1st Degree, Escape 1st Degree and Felony Disarming a Law Enforcement Officer have been obtained against the suspect. The suspect is in the custody of the Jefferson county Jail.
The officer involved shooting investigation will be conducted by Alabama Bureau of Investigation. Warrants were obtained by ABI. 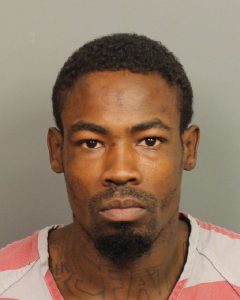