The Birmingham Police Department reports a Birmingham Police Officer was shot while working in an off duty capacity at The Quest Club located at 416 24th Street South. The incident occurred on Saturday, November 13, 2021. 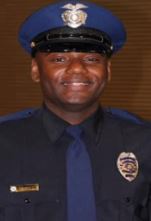 The wounded officer has been identified as Officer Darius Gamble, ( 28)  assigned to the Patrol Division. Gamble has been with the Birmingham Police Department since October, 2017.  Officer Gamble has been released from the hospital and recovering.

At approximately 3:00 a.m., Officer Gamble arrived  to The Quest Club to work in an off duty capacity as security. Upon arrival Gamble was approached by club management and alerted of a person armed with a gun inside of the club. Gamble made contact with the suspect and during their interaction a struggle ensued. The suspect’s  weapon was discharged and  the officer and the suspect was wounded by gunfire. Officer Gamble was able to subdue the suspect. The officer and suspect were transported to UAB Hospital with non-life threatening injuries.

Alabama Law Enforcement Agency is the lead investigative agency in this investigation. 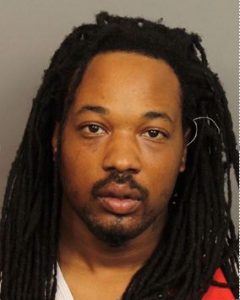 The suspect has been identified as Robert William Lee,(27), b/m of Pleasant Grove, Alabama.

Robert William Lee was arrested and charged with Aggravated Assault 2nd on Police Officer and Unlawful Possession of a Controlled Substance. Lee will be held in the Jefferson County Jail with a $31,000 bond.

**The information is based on a preliminary and going investigation, which continues to evolve as investigators interview witnesses, review physical and electronic records, and analyze forensic evidence. The Department’s understanding of the facts and circumstances may change as additional evidence is collected and analyzed**