Kelvin Maddox was last seen/heard from by a family member on Sunday, February 21, 2021. The missing person is known to experience homelessness. Mr. Maddox frequents numerous locations in Birmingham including the Five Points South Area, and Downtown. A family member stated Mr. Maddox suffered injuries from being struck by a vehicle.

If there is anyone who has information pertaining to the whereabouts of Kelvin Maddox please contact the Birmingham Police Department’s Special Victims Section at 205-297-8413 or dial 911. If you have additional information on this investigation, contact Crime Stoppers @ 205-254-7777.
See attached photo of Kelvin Maddox. 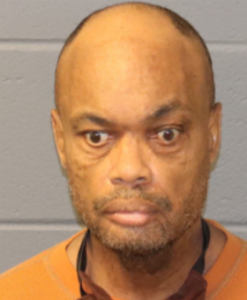