The Birmingham Police Department reports detectives are conducting a robbery investigation. Detectives requests assistance from the public in identifying the suspects in the attached photos.

Note: the vehicle has since been recovered.

If there is anyone with information on the identities of the suspects, we ask that they contact BPD Robbery Detectives at 205-254-1753 or remain anonymous by contacting Crime Stoppers at 205-254-7777.

Anonymous tips can also be submitted to Crime Stoppers through the Birmingham Police Department’s Mobile App. Simply download the app and
submit a tip. Updates will be provided as information becomes available. If the tip to Crime Stoppers leads to an arrest, Crime Stoppers will provide a cash reward.

Please see the attached photos featuring the suspects in this investigation. 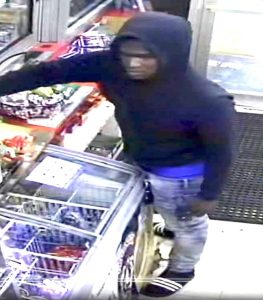