The Birmingham Police Department reports that detectives have obtained a warrant in connection with a robbery investigation.

At approximately 9:00 p.m. on Tuesday, November 19, 2019, the suspect robbed a victim at 50 Medical Park Drive.  The suspect presented a knife and demanded valuables from the victim as she entered her car. During the course of the robbery the victim sustained a non-life threatening cut from the suspect.  The suspect managed to flee that location and burglarized a nearby home. The suspect entered the occupied home and took the keys to the victims’ vehicle. A short time after leaving the location in the vehicle, the suspect became involved in a vehicle pursuit with BPD patrol officers. Officer were able to take the suspect into custody. There were no additional injuries during the incident.

Christopher Goodlett, W/M, 34, of Birmingham, Alabama. Warrants for Robbery 1st Degree, Theft of Property 1st Degree and Burglary 1st Degree were obtained against the suspect. The suspect is in the custody of the Birmingham City Jail. 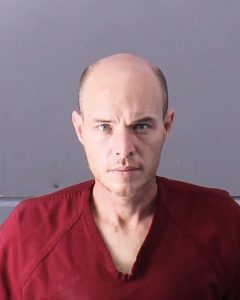