The Birmingham Police Department reports that an arrest has been made in connection with a homicide investigation. The incident occurred on Thursday, October 3, 2019 at approximately 7:05 p.m.

The victim has been identified as:
Robert Bloodsaw III, B/M, 36, of Birmingham, Alabama.

The suspect has been identified as:
Kewaunte Rembert, B/M, 24, of Birmingham, Alabama. A Murder warrant has been obtained against the suspect. The suspect is in the custody of the Jefferson County Jail.

Officers from the North Precinct responded to a call of a person shot at 1713 32nd Place North. Officers arrived and observed the victim inside the living room area of an apartment suffering from an apparent gunshot wound. Birmingham Fire and Rescue arrived and transported the victim to UAB Hospital. Investigators later received information that the victim succumbed to his injuries and was pronounced deceased by hospital staff. The shooting was the result of a verbal altercation. 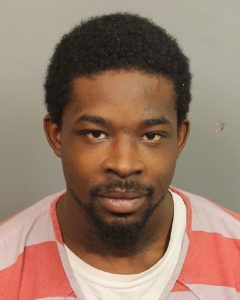