The Birmingham Police Department reports that a suspect has been arrested in connection with a homicide investigation. The incident occurred on Sunday, December 8, 2019 at approximately 11:40 a.m.

The deceased has been identified as:
Clasco Cartez Johnson, B/M, 34, of Birmingham, Alabama.

The suspect has been identified as:
Cornelius Xavier Daniels, B/M, 36, of Birmingham, Alabama. A Murder warrant has been obtained against the suspect. The suspect is in the custody of the Jefferson County Jail.

Officers from the West Precinct responded to a call of a person shot at 2nd Court West and 12th Street. Upon arrival, officers discovered the victim was transported to Princeton Hospital by private vehicle for treatment. Investigators later received information that the victim had succumbed to the injury and was pronounced deceased by hospital staff.

Investigators learned that the victim and suspect became involved in an argument while at the convenience store. The argument escalated resulting in the suspect shooting the victim. 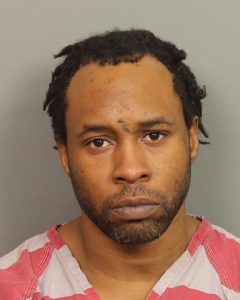