The Birmingham Police Department reports that the suspect wanted in connection with a homicide investigation has been arrested. The incident occurred on Monday, December 16, 2019 at approximately 7:39 p.m.

The deceased has been identified as:
Cheri Twilley, B/F, 47, of Birmingham, Alabama.

The suspect has been identified as:
Adam Isom, B/M, 26, of Birmingham, Alabama.
The suspect was arrested on warrants for Capital Murder, Attempted Murder and Discharging a Firearm Into an Occupied Building.

Officers from the West Precinct responded to a call of two persons with gunshot wounds that arrived at Princeton Hospital by private vehicle. Upon arrival, officers received additional information that the shooting occurred in the 1600 block of Tuscaloosa Avenue.

Preliminary investigation has revealed that the deceased and suspect had a brief verbal altercation in a convenience store before leaving the location. A short time later the suspect fired into the victims’ vehicle while stopped at a stop sign. Officers were later informed that the victim had succumbed to her injury and was pronounced deceased by hospital staff. The second shooting victim is expected to recover from his injury.

Members of the BPD Crime Reduction Team took the suspect into custody in the 1500 block of 32nd Street, Ensley without incident.
Click to Print 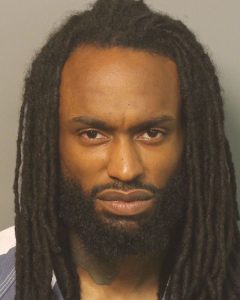