The Birmingham Police Department reports that a suspect has been arrested in connection with a homicide investigation. The incident occurred on Monday, December 23, 2019 at approximately 1:11 p.m.

The deceased has been identified as:
Justin Rayshun Johnson, B/M, 31, of Birmingham, Alabama.

Officers from the West Precinct responded to a call of a person shot at 5929 Martin Luther Avenue. Upon arrival, officers located a male subject lying in the driveway unresponsive. Birmingham Fire and Rescue arrived to transport the victim to UAB for additional treatment of his injury. Investigators later received information that the victim had succumbed to his injury upon arrival at the hospital. Investigators also received additional information that a second victim was located near the scene suffering from a non-life threatening injury to the hand. The second victim was transported to the hospital for treatment and is expected to recover from his injury. No suspect(s) are in custody.

Preliminary investigation has revealed that the shooting was the result of a verbal altercation at the incident location. 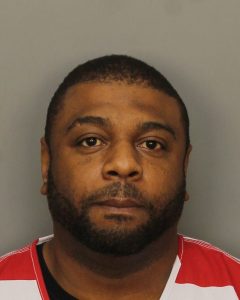