The Birmingham Police Department reports an arrest has been made in the murder of Ogle Terrance Avery. Avery was murdered on Wednesday, February 17, 2021. 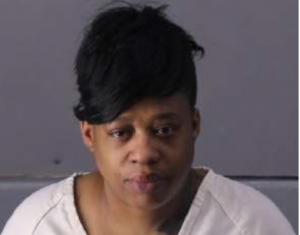 The preliminary investigation suggest the victim Ogle Avery met the suspect at this location and an argument ensued in the parking lot prior to Avery being fatally wounded. This is an ongoing investigation. An additional male suspect is at large.

Birmingham Police Department reports the Jefferson County coroner has identified the victim in the homicide that occurred on February 17, 2021.

The victim has been identified as Ogle Terrance Avery, (40), b/m of Birmingham, Alabama.

Detectives have detained a person of interest for questioning in this investigation, however it is believed others were involved.

The victim will be identified after the next of kin is formally notified.

At approximately 8:18 a.m., officers from West Precinct responded to a call of a person shot at 800 3rd Avenue West. Officers arrived on scene and discovered the victim lying in the roadway suffering from multiple gunshot wounds. Birmingham Fire and Rescue transported the victim to UAB Hospital where he succumb to his injuries.

The preliminary investigation indicates the victim was involved in an altercation in the parking lot of the Shell gas station prior to being shot by the suspect. The victim attempted to flee from danger and collapsed in the roadway. The suspect fled the scene prior to officer’s arrival. There are no suspects in custody.

**The information is based on a preliminary and ongoing investigation, which continues to evolve as investigators interview witnesses, review physical and electronic records, and analyze forensic evidence. The Department’s understanding of the facts and circumstances may change as additional evidence collected and analyzed**