The Birmingham Police Department reports an arrest has been made in the homicide of Dequaris Lydel Williams. Williams was murdered on Thursday January 14, 2021.

The suspect has been identified as 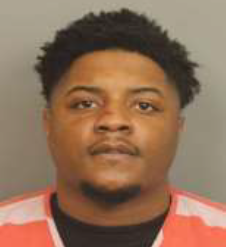 The Birmingham Police Department the victim has been identified as

The victim will be identified upon notification of next of kin.

At approximately 8:48 p.m., Officers from East Precinct responded to a call of two people shot. The call originated from 5315 Pinson Valley Parkway from the Jefferson County Sheriff’s Office. The victims drove themselves to the Shell Gas Station located at 4141 Pinson Valley Parkway to summon help. Officers arrived on scene to find two wounded victims suffering from gunshot wounds. Birmingham Fire and Rescue responded and transported both victims to UAB Hospital. Shortly after, detectives were notified one of the victims succumb to his injuries.

The preliminary investigation indicates an argument occurred prior to the shooting. There are no suspects in custody. Updates will be provided as this case develops.

This is Birmingham’s 5th murder of 2021. The Birmingham Police Department adheres to FBI Uniform Crime Reporting guidelines set for all law enforcement agencies across the United States. FBI Uniform Crime Reporting guidelines do not require law enforcement agencies to include justifiable death investigations into the total homicide investigations counts.