The Birmingham Police Department reports detectives have made an arrest in the murder of Lateshia Danner. Danner was murdered on Saturday, February 20, 2021.
The suspect has been identified as:
Leonard Tolbert, (37), b/m, of Birmingham, Alabama. 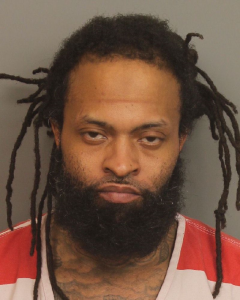 The Birmingham Police Department Police reports detectives are conducting a homicide investigation. The incident occurred on Saturday, February 20, 2021.
The victim has been identified as Lateshia Danner, (33), b/m, of Birmingham, Alabama.

At approximately 8:21 p.m., officers from East Precinct responded to the 7600 block of 2nd Ave North on a call of a person lying in the road. Officers arrived and found the victim Lateshia Danner suffering from a gunshot wound. Birmingham Fire and Rescue responded to the scene and transported the Danner to UAB hospital where she succumb to her injuries.

The preliminary investigation indicates Danner was involved in a verbal altercation that escalated to gunfire. The victim collapsed in the roadway. Detectives believe this incident is domestic in nature. There are no suspects in custody.

If there is anyone who has additional information pertaining to the case, please contact the B.P.D. Homicide Unit @ 205-254-1764 or Crime Stoppers @ 205-254-
7777. Cash rewards are available for tips that leads to arrest. This is Birmingham’s 15th murder investigation of 2021. The Birmingham Police Department adheres to FBI Uniform Crime Reporting guidelines set for all law enforcement agencies across the United States. FBI Uniform Crime Reporting guidelines do not require law enforcement agencies to include justifiable death investigations into the total homicide investigations counts.

**The information is based on a preliminary and ongoing investigation, which continues to evolve as investigators interview witnesses, review physical and electronic records, and analyze forensic evidence. The Department’s understanding of the facts and circumstances may change as additional evidence collected and analyzed**