The victim has been identified as:
Kameryrnn Elise Young (5), B/F, of Birmingham, Alabama.

The Birmingham Police Department reports an arrest has been made in connection to the fatal hit & run investigation that occurred on April, 2, 2020.

The suspect has been identified as
Dustin Cody Martin, (28), W/M, of Gardendale, Alabama

BPD Investigators presented the information gathered on the case to the Jefferson County District Attorney’s Office for review. Following the assessment, a Reckless Murder and Assault 1st Degree warrant was obtained against the suspect. The suspect is currently in the custody of the Birmingham City Jail and will be transported and held in the custody of Jefferson County Jail. The suspect is held on a $350,000 bond for Reckless Murder and $100,000 bond for Assault 1st degree.

Further investigation revealed a look out alert was previously issued for the suspect’s vehicle by a neighboring jurisdiction after the white Ford F-150 dually truck was observed driving erratically. This vehicle was later observed by East Precinct Officers traveling at a high rate of speed, driving erratically on I-59 before exiting onto Parkway East. The suspect stopped at a traffic light after exiting the interstate. The suspect then pulled away recklessly and proceeded to travel at high rate of speed on Parkway East.

Once officers exited the interstate, officers initiated emergency lights and sirens and attempted to follow the suspect, however the attempt failed. The officers lost sight of the vehicle due to the suspect’s high rate of speed. Shortly after, Officers discovered a traffic accident at the intersection of Parkway East and Springville Road.

The vehicle officers observed driving reckless was confirmed to be the vehicle that struck the motorist at the intersection of Parkway East and Springville Road and fled the scene. At approximately 3:15 p.m. Fultondale Police Department recovered a white Ford F-150 truck within the City limits of Fultondale.

The Birmingham Police Department reports detectives are conducting a hit and run investigation that resulted in a fatality. The incident occurred on Wednesday, April 1, 2020.

At approximately 10:15 a.m., Officers from East Precinct attempted to conduct a traffic stop on Interstate-59 Northbound after observing a white dually truck traveling at a high rate of speed, erratically, endangering traveling motorist. The suspect in the vehicle refused to yield to emergency equipment and exited the interstate. Officers lost sight of the suspect’s vehicle. Shortly after, Officers discovered a traffic accident at the intersection of Parkway East and Springville Road.

The Officer stopped at the location to render aid. The vehicle was occupied by two adults and two children. Birmingham Fire and Rescue responded to the scene and transported all four occupants to the hospital. Traffic Accident Investigators were notified that a child seated in the rear of the vehicle succumbed to her injuries and was pronounced deceased by hospital staff. The driver of the vehicle sustained life threatening injuries. The other adult passenger and child sustained non-life threatening injuries.

At approximately 3:15 p.m. the suspect’s vehicle was recovered by the Fultondale Police Department within the City limits of Fultondale. The suspect is still at large. This is an ongoing investigation. 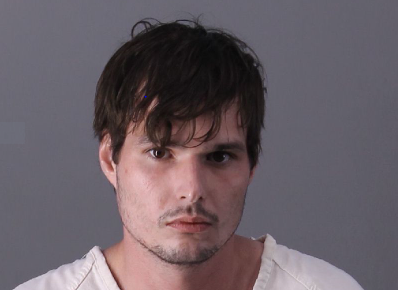