The victim has been identified as Quintin Martin, (51), B/M, of Birmingham, Alabama.

At approximately 2:55 p.m., Officers from the North Precinct responded to I-65 Southbound and Daniel Payne Drive on a call of a person struck by a vehicle. Officers arrived and discovered the victim laying in a grassy area near the freeway. Birmingham Fire and Rescue responded to the scene and transported the victim to UAB Hospital with life-threatening injuries. On April 12, 2020, detectives were notified the victim succumbed to his injuries.

The preliminary investigation suggest the victim exited a small sedan traveling on the southbound ramp and began to walk in the opposite direction of the ramp. The vehicle then drove down the opposite direction of the ramp and struck the victim from behind. The driver of the vehicle left the scene. It appears the motive in this incident is Domestic in nature. The suspect was later taken into custody.

The suspect has been identified as
Patrice Lawson-Williams, (50), B/F, of Birmingham, Alabama.

Detectives presented the initial information gathered on the case to the Jefferson County District Attorney’s Office for review. Following the assessment a Domestic Violence 1st Degree warrant was obtained with a $30,000 bond. Upon notification of the death of the victim, Detectives will pursue further charges. Additional information will be provided as it comes available.
Please see the attached mug shot. 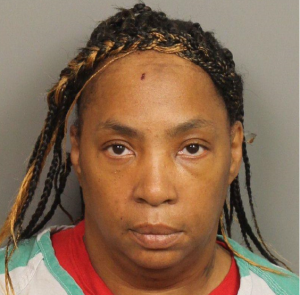