The victim has been identified as Devin Williams, (38), B/M, of Birmingham, Alabama.

At approximately 4:26 p.m., Officers from the South Precinct responded to a call of a person shot in the 4700 block of 2nd Avenue South. Upon arrival, Officers discovered the victim unresponsive lying in the street suffering from a gunshot wound. Birmingham Fire and Rescue along with Jefferson County Coroner responded and pronounced the victim deceased on scene.

The preliminary investigation suggest the victim and another male subject were engaged in a verbal altercation which turned physical. During the incident another male suspect on scene shot the victim. Both of the males involved fled from the location in unknown vehicles. The victim was left unresponsive in the roadway and succumb to his injuries.

The Birmingham Police Department reports an arrest has been made in connection to the homicide of Devin Williams.

The suspect has been identified as:
Eddie Madison, (58), B/M, of Birmingham, AL

Detectives presented the initial information gathered on the case to the Jefferson County District Attorney’s Office for review. Following the assessment, a Murder warrant was obtained.

The suspect was taken into custody on Wednesday, April 15, 2020, with the assistance of the United States Marshal Service, Gulf Coast Regional Fugitive Task Force at the Days Inn located at 905 11th Court West. The suspect is currently being held in the custody of the Jefferson County Jail. Eddie Madison has a $100,000 bond. 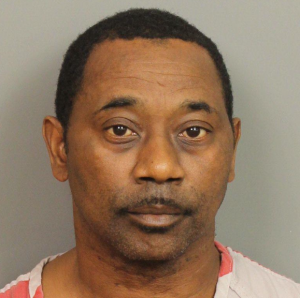