The Birmingham Police Department reports detectives have obtained a warrant for an arrest in the connection to the murder of Antonio Jackson.

The suspect has been identified as: Ronald LaVance Steen, (29), B/M, of Birmingham, Alabama. 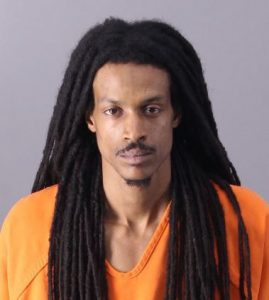 Birmingham Police detectives presented information on the case to the Jefferson County District Attorney’s Office. After an assessment of information provided, a Capitol Murder Warrant (No Bond) was issued for Steen’s arrest. Ronald Steen is currently in the custody at the Shelby County Jail for Trafficking a Controlled Substance. Steen will be transferred to the Jefferson County Jail upon completion of his pending case.

For your convenience, a copy of Media Release 147 detailing the initial investigation is included below.

The victim’s has been identified as Antonio Jackson, (23), B/M, of Birmingham, Alabama.

At approximately 6:37 p.m., Officers from South Precinct responded to 2336 9th Ave South on a call of a person shot in the South Town Housing Community. Upon arrival officers discovered the victim laying on the floor near the front of the residence with an apparent gunshot wound. The victim was transported to UAB where he later succumb to his injuries.

The preliminary investigation indicates that an unknown suspect shot the victim and he collapsed near the front door. The suspect fled the scene. A motive has not been established in this investigation. There are no suspect(s) in custody. Additional details will be provided as the come available.