The Birmingham Police Department reports an arrest has been made in the homicide of Tommy Brown. The incident occurred on Thursday, July 24, 2020.

The suspect has been identified as: Nicholas Miranda, (B/M), (27), of Mulga, Alabama. 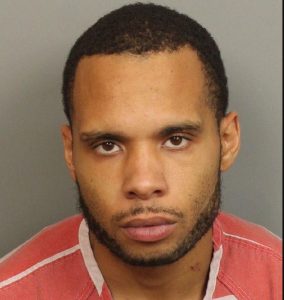 The victim has been identified as Tommy Brown, (49), B/M, of Birmingham, Alabama.

At approximately 12:00 p.m., officers from East Precinct responded to the 8200 block of 4th Ave North on a call of a person shot. Upon arrival, officers found Brown lying in the roadway unresponsive suffering from an apparent gunshot wound. The victim was pronounced deceased on scene by Birmingham Fire and Rescue along with Jefferson County Coroner.

The preliminary investigation suggest the Brown was involved in an altercation prior to being shot. The suspect fled the scene. Detectives have not established a clear motive in this investigation. There are no suspect(s) in custody. Updates will be provided as details come available.