The Birmingham Police Department reports an arrest has been made in connection to the homicide of 62 year old Brenda Lee Jordan. Mrs. Jordan was murdered on Saturday June 6, 2020.

The suspect has been identified as: Lovell Travis, (27), B/M, of Birmingham, Alabama. 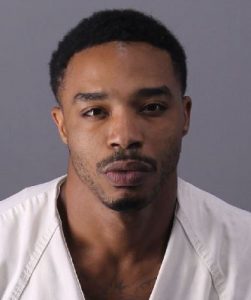 Travis was taken into custody and will be held in the custody of the Jefferson County Jail with no bond.

The victim’s has been identified as Brenda Lee Jordan, (62), B/F, of Birmingham, Alabama.

At approximately 4:11 p.m., East Precinct Officers responded to the 6800 Block of 1st Ave North on a call of a person shot. Upon arrival, Officers discovered the victim in the
passenger seat of a vehicle suffering from a gunshot wound which proved to be fatal. The victim was pronounced deceased on the scene by Birmingham Fire and Rescue and Jefferson County Coroner.

The preliminary investigation suggest the victim was the passenger in a vehicle traveling eastbound on 1st Ave North. The occupants from a vehicle nearby fired shots at another vehicle, however the gunfire struck the victim. The vehicle occupied by the victim was passing through the area when gunfire erupted. There are no suspect(s) in custody. Additional information will be released as it comes available.