Arrest Made in Homicide

The Birmingham Police Department reports an arrest has been made in connection to the homicide of Kevin Devose. Devose was murdered at the Smart Food Mart located at 900 20th Street Ensley. 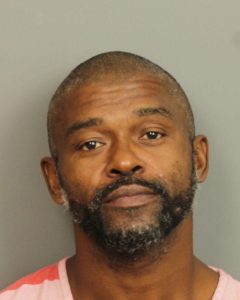 The suspect has been identified as Marquis Taylor, (39), b/m, of Birmingham, Alabama.

Detectives presented the information gathered on the case to the Jefferson County District Attorney’s Office for review. After an assessment of the case a murder warrant was issued for the arrest of Marquis Taylor. Taylor has been arrested and is currently being held in the custody of the Jefferson County Jail on $100,000 bond.

The victim has been identified as Kevin Devose (47), b/m of Birmingham, Alabama.

Just before 10:00 p.m., officers from West Precinct responded to a call of a person shot inside of the convenient store. Upon arrival, officers observed the victim Kevin Devose laying on the floor in the isle suffering from a single gunshot to the head. Birmingham Fire and Rescue responded to the scene and pronounced the victim deceased.

The preliminary investigation indicates the victim was involved in a verbal altercation with the suspect inside the store before being fatally wounded. The suspect fled from the store on foot running northbound on Avenue I. No arrest has been made in this investigation.

Updates will be provided as this case develops.