Arrest Made in Sexual Abuse Investigation

The Birmingham Police Department would like to report an arrest has been made in a Sexual Abuse Investigation which took place at the Relax Massage (1676 Montclair Road).

Birmingham Police Special Victim’s Section detectives launched an investigation into two sexual abuse claims against an employee of the Relax Massage. The incidents occurred back as far as December of 2021 and recently in 2022.

For the protection of the victims’ privacy, details will remain confidential in this investigation; however, we can state the victims were patrons of the Relax Massage when the crimes occurred. East Precinct officers were notified and filed incident reports.

Pan Xinglei is currently in the custody of the Jefferson County Jail.

If there is anyone who believes they may have been victimized by Pan Xinglei, please reach out to the Birmingham Police Department’s Special Victim’s Section at 205-297-8413 or dial 911. 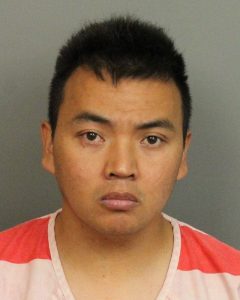