The Birmingham Police Department reports an arrest has been made in connection to a homicide investigation. The incident occurred on Tuesday May 12, 2020.

The victim’s has been identified as
Jesse Johnson, (68), B/M, of Birmingham, Alabama.

At approximately 10:20 p.m., Officers from the West Precinct responded to a call of a person shot at 1505 14th Street SW. Upon arrival officers discovered the victim lying in the road unresponsive with what appeared to be a gunshot wound. Birmingham Fire and Rescue responded and the victim was pronounced deceased on scene.

The preliminary investigation suggest the victim was attempting to break up a domestic dispute when he was shot. This investigation has been deemed domestic in nature. The suspect is the grandson of the victim.

The suspect has been identified as
Antwon Jones, (21), B/M. 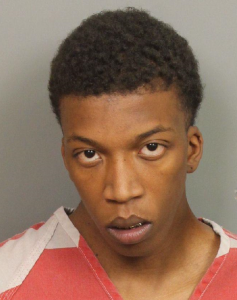