The Birmingham Police Department reports an arrest has been made in connection to the murder of Naqwaun Garner. Garner was murdered on December 7, 2020.

The suspect has been identified as
Raynod Sistrunk, (23), of Enterprise, Alabama.

Detectives presented information gathered on the case to the Jefferson County District Attorney’s Office. After an assessment of the case, a warrant was obtained for the arrest of Raynod Sistrunk. Sistrunk was charged with Murder and Discharging a Firearm into an Occupied Dwelling. Raynod Sistrunk was taken into custody in Enterprise, Alabama. The suspect will be held in the custody of the Jefferson County Jail with a $130,000 bond. 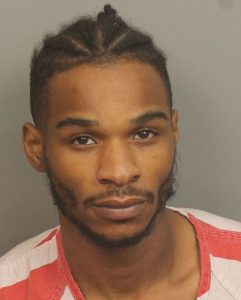 The Birmingham Police Department reports detectives are conducting a homicide investigation. The incident occurred early Monday morning on December 7, 2020.
The victim has been identified:

At approximately 1:22 a.m., officers from West Precinct responded to a ShotSpotter call at 1340 Pineview Road. Officers arrived and were alerted to the location the wounded victim, Naqwan Garner. Garner was found on the back porch unconscious suffering from multiple gunshot wounds. Birmingham Fire and Rescue along with Jefferson County Coroner responded to the scene and pronounced the victim deceased.

The preliminary investigation indicates Garner was attempting to enter the back door of his residence when he was ambushed by the suspect. The suspect possibly fled the location 10:00 a.m., CDT. There are no suspects in custody and detectives have not established a motive. This is an ongoing investigation.

Updates will be provided as the case develops.